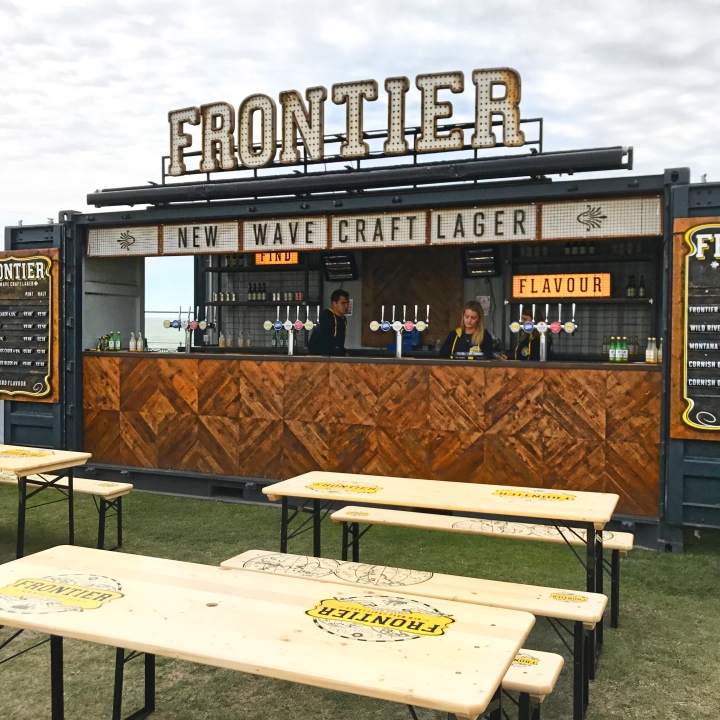 If you’re hungry now it’s probably wise to grab a snack before reading this one. Last weekend I decided to go to the Foodies Festival on Hove Lawns in Brighton. I’ve seen it advertised over the last couple of years but never managed to make the effort and put it in my diary… But this year I was determined to go. The tickets are originally £14 each, however as I found, there’s lots of deals online to get discounted tickets; I actually found a code to get two for one tickets! 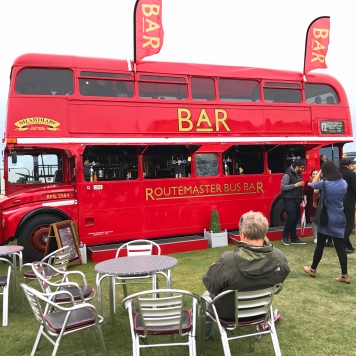 Think of any type of cuisine, alcoholic beverage or sweet treat and I  can assure you it was there. There was so much choice I couldn’t possibly talk about it all, so I’ll just take you through my highlights…

After doing a quick walk round and scan of all the stalls we decided to take the plunge and opted for a freshly made hoisin duck wrap with all the trimmings – this wasn’t the easiest thing to eat on the go but I was willing to struggle through. Continuing on our savoury streak we thought it was a smart plan to get a few things to share as a group so we could try a bit of everything. We split off and came back together with some calimari, sweet potato fries and maple glaze chicken wrap – ALL of which were incredible.

By this point we’d pretty much walked the entire festival at least twice over so we had a pretty good idea of what there was to offer and where each stall was. After satisfying our savoury needs it was time to silence the sweet cravings. We’d seen a macaron stall which we quickly returned to (they were the best salted caramel macarons I have EVER had, trust me I’ve tried many!).

Fudge was next on the list, a box of 4 bars was £9 so I chose – salted caramel (obviously), cookies and cream, peanut butter/chocolate swirl and Millionaires fudge. This fudge was so creamy and smooth. Cake was the one last thing I felt I needed. There were so many stalls with baked goods; I chose a smaller stall which were selling ‘mini classics’.  I went for a banana, maple and pecan slice and a red velvet cake. There was also stalls for ice cream, crepes, churros, chocolate covered strawberries to name a few.

As if I haven’t sold it to you already, it was also dog friendly; I lost count of the amount of gorgeous Frenchies and sausage dogs that were pottering around. I have to say the weather wasn’t the best for it this year ~ a bit windy and damp ~but there’s enough undercover area if it’s really needed. They also have various shows and entertainment tents scattered around, I didn’t personally go and see any of these but I know there was a baking demonstration from The Great British Bake Off winner Candice Brown, a show from various Michelin Star chefs and Great British Menu chef Michael Bremner.

I would really recommend paying a visit when this event rolls around again next year, such a nice day out with friends or family!